The Metaverse is old hat, old wine in new bottles, says Tobias Schlotter of Akeneo. For him, the Metaverse will only establish itself as a virtual space for VR junkies. A short hype like the MiniDisc or the Tamagotchi.

According to a recent study by the IFH Cologne on metaverses, 78 percent of those surveyed still prefer reality, and only a full 27 percent have ever been “in” the metaverse. But what exactly is “this” metaverse? None other than Matthew Ball defines the Metaverse as follows: “A massively scaled and interoperable web of real-time rendered 3D virtual worlds that can be experienced synchronously and persistently by a virtually unlimited number of users, with an individual sense of presence and with continuity of data. such as identity, history, claims, objects, communications and payments.”

And this monster of definition is supposed to represent the future (yes, of what exactly?)? Really now? The future of our leisure activities? The new way of shopping? The new way to meet other people or do business? NO! People! The Metaverse is old hat, old wine in new bottles. But a lot of people act like some, sorry, nerds have reinvented the wheel.

Who remembers Second Live? Second Live was similarly hyped, sold to all of us as the future. And what has become of it? Nothing! But that’s not why I think the Metaverse will establish itself at best as a virtual space for VR junkies that digital natives could one day “try out”. A short hype like the MiniDisc or the Tamagotchi.

In and with the current reality, we already have enough problems building relationships with other people or even something like trust. That requires identity. Instead, with the Metaverse and its avatars, we encourage a loss of identity by hiding behind a digital anonymity that ultimately leads us to a sickening loneliness. The latter has clearly been demonstrated by corona. According to the DAK-Gesundheit Psychreport, a new high was reached in 2021 in days absent due to mental illness. 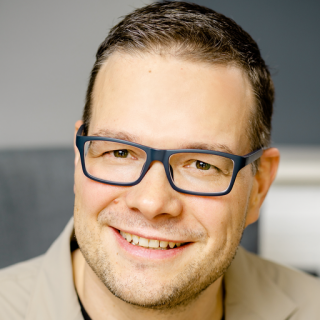 Biggest Laugh: Last year, lots in the Metaverse were sold for insane sums. And now? Prices have been falling since the beginning of the year. Recently by no less than 18 percent. Why would you buy a digital plot of land, maybe even a virtual house, and equip it with expensive, virtual design furniture? Humanity would like to be taken out of the ball pit.

Let’s be honest: in fact, we already notice this in our partly digitized world. Communication tools such as Slack or WhatsApp seem efficient to us, but often lead to information chaos and misunderstandings. In reality, communication is complex. It takes a lot more than just words and smileys. Facial expressions, gestures, eye contact: 93 percent of our communication is non-verbal (Mehrabian formula) and is actually based on subjective interpretation, on perception, which in turn follows generally accepted cultural codes. Anyone who still believes that the avatar in the Metaverse is an equivalent replacement here, who perfectly takes over the 93 percent via algorithms and AI, sorry, also believes in Santa Claus.

I’d rather sit around the table with my friends and play poker than get ripped off by virtual cowboys in a virtual Vegas. And I’d rather play The Settlers of Catan with my family in the future than build my aggression with 3D shooters in the Metaverse. I will certainly not be buying any digital items for my avatar so that it appears as unique as possible in the metaverse.

But isn’t that business? Come on Metaverse! There is no denying that people like to do business with people they know and like. Trust is still a basic building block for any business. Even online startups know this and build their brands through influencers, athletes, artists (careful, real people!) or the founding team. This is the only way to build trust.

I want to emphasize that cryptocurrencies or technologies such as blockchain are not included. In my opinion, they have absolutely nothing to do with the Metaverse, but they certainly look to a positive future – only in REAL life.

No comments to show.